It is a standard refrain of Indian employers that labour laws hamper them from functioning with ease. This perception gains credibility because the laws originate from an aged British legacy system, and they do not change in keeping with the business landscape.

Is this really the case? Is labour law in India restrictive to business functioning? Let us try to look at this subject analytically and see if we can reach some conclusions. 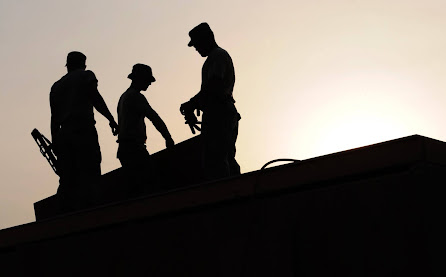 In order to make some sense of this issue, I have listed the main areas which employers complain about, provided my brief opinion on the issue and then assigned it a ‘Severity Rating’ on the following scale.

1 - Not a real issue;
2 - Minor Issue, does not affect functioning for most employers;
3 - Valid Issue – affects functioning somewhat for many employers;
4 - Major Issue – makes functioning cumbersome for most employers;
5 - Burning Issue – Why hasn’t it been fixed?
1. Ability to hire and fire freely:
If you employ more than 100 people (300 with the new labour code), you require the government’s permission to let people go. This is technically true but this applies only to ‘workmen’. There are issues around the definition of a workman in different laws, political interference and bureaucracy which add complexity to the process. Yet, if you are reading this and employed, the likelihood is that you can be fired without a problem. Countries where employers can ‘hire and fire’ have unemployment benefits in place which is not the case here. Further, there are no significant cases where permission is refused. This is at best a minor issue.
[Severity Rating: 2/5]
2. Lack of Freedom to use Contract Labour/Outsource:
You are generally free to outsource except for a few jobs which are notified by the government as core activities. This list is not really restrictive. You do have to maintain records and comply with minimum wage regulations but that is true for all employees. The complaint is primarily from employers who wish to disguise permanent jobs as temporary. This is not a real issue.
[Severity Rating: 1/5]
3. Multiple Trade Unions:
The law allows for multiple trade unions to be formed. This makes it hard for employers to reach agreements quickly. Newer industries and organisations with employee oriented HR policies are not affected by this issue. The number of trade unions has gone down from 40,000+ at the start of the century to less than 13,000 in 2014 as per last published figures. The influence of trade unionism in India is reducing. It does continue to prevail in the industrial belts. This is a major issue causing workers, employers and workplaces to suffer. The new labour codes offer very little mitigation by prescribing thresholds for recognition of a negotiating union.
[Severity Rating: 4/5]
4. Cost of Minimum Wages:
In the scale of gross minimum wages, India is ranked 107th among 122 countries by the ILO. These minimum wages are in any case applicable only in the formal employment sector. Thus this affects a maximum of 20% of India’s actual employment. The objection to this comes from the regular revisions which make it hard to predict costs at the lowest end of the pyramid. As auditors, we all too often see employers in this sector trying to game the system. In my opinion, this protection for employees is very important and is only a minor issue from an employer’s perspective.
[Severity Rating: 2/5]
5. Harassment by the Inspectorate:
This used to be a big problem a decade or so ago when enforcement authorities had the freedom to harass you. Employer’s also had lax attitudes towards compliance. Nowadays, inspectors are no longer willing to turn a blind eye towards non-compliance. Employers are also much more inclined to aim for maximum compliance. The government has introduced automated procedures which schedule inspections randomly and prevent the authorities from being able to selectively target employers. This is, therefore, a problem for those who are trying to be non-compliant. Ethical issues are still a concern here as well.
[Severity Rating: 1/5]
6. Registrations and Licensing:
As India’s struggle to climb up the ‘Ease of doing business’ rankings shows, obtaining all the registrations and licenses required to start a business or an office is a thankless task. Labour laws are not spared from this mire. Again, things have improved thanks to technology, with application processes and statuses made available through portals but in most cases, you still need to visit the relevant office to obtain the certificate. To be fair, the documentary requirements for the registrations are not too stringent but given the physical difficulty in obtaining a licence and the unpredictability of the process with regard to time and results, this has to be a valid issue.
[Severity Rating: 3/5]
7. State differences in laws:
“Under the Constitution of India, Labour is a subject in the Concurrent List where both the Central & State Governments are competent to enact legislation subject to certain matters being reserved for the Centre” The result of this? While most Acts (spirit of the law) are Central, most Rules (letter of the law) are different for each state. The primary act governing the running of all shops and establishments is also different for each state. This makes having consistent pan-India policies for working hours, overtime and leave impossible. This is a fairly severe and definitely a problem for organisations with establishments across the country.
[Severity Rating: 4/5]
8. Administrative burden:
The number of forms and returns that need to be provided, and their frequency, can often be an irritant to employers. However, in this day and age of automation, this should hardly be a challenge. There are also complaints about the volume and relevance of the data required. It must be realised that the data provided in these returns are critical for labour and employment statistics. If you have managed to become GST compliant, nothing here should provide a challenge. Yet again, for those employers who aim to be compliant, this is not a problem. It is only when the data and the reality doesn’t match, that this becomes an issue.
[Severity Rating: 1/5]

In summary, if we look at the severity ratings above, the total severity score is 18/40 or 45% with an average score of 2.25/5. Further, there are no issues that can be classed as burning issues, and just 2 classed as major issues. The numbers have been provided just to add a layer of analysis, issues like these cannot be boiled down to statistics.
CONCLUSION
While there are a couple of areas that need real and urgent changes, it is hard to conclude that Indian labour law is really restrictive. Employers enjoy substantial freedom albeit regulated. Employees enjoy protection of minimum wages, service conditions and retirement benefits but not full security in their jobs. A few tweaks to the high-severity issues are needed though.
I personally believe that the labour law environment in the country offers more than a fair balance between the needs of both employers and employees.
I would love to hear from you on your experiences and insights into the above subject. Do connect on this blog or connect with me on ananth @ comply4hr.com.

Comply4hr - taking the labour out of labour law

Email ThisBlogThis!Share to TwitterShare to FacebookShare to Pinterest
Labels: editorial